What is an Alcove Shower Door? 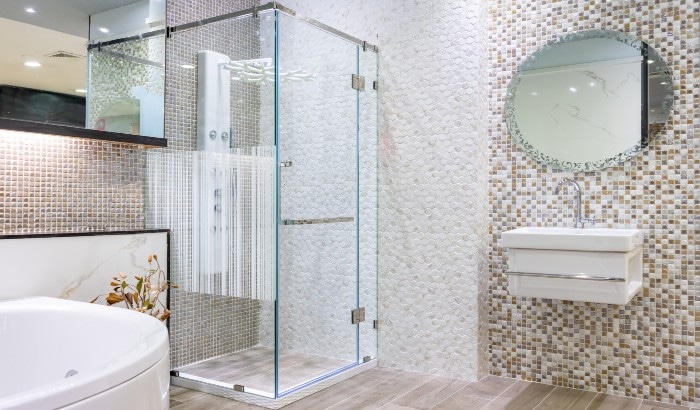 If you love watching home remodel shows, then you’ve undoubtedly heard of the alcove shower door, which can make any bathroom luxurious.

The design of your bathroom can have a significant impact on your day-to-day well-being. A bathroom that meets your needs can help you start and end your day in the most positive way. Unfortunately, bathrooms are often crammed into corners, lack natural light, and are constrained by the layout of the home which prioritizes the gathering spaces of an open-concept floor plan.

The good news is that no matter the size or orientation of your bathroom we can create a bathroom situation that meets your needs and maximizes your master for the very best experience. At Murray Glass we specialize in shower doors that make your bathroom feel bigger and brighter, so today we’re talking about how to choose shower doors for your alcove shower.

What is an Alcove Shower?

An alcove is a recessed space in a wall. They can be added to feature large sculptures, shrines, artwork, or even a piano in a building. On a more casual level, alcoves can be used in long and thin bathrooms to fit in a shower, bathtub, or shower/bath combo. This is when the shower space is cut into the wall. Usually the opening of the shower is flush with the wall on either side.

There are several options for your alcove shower to maximize the space or update an older bathroom. You’ll choose a style of shower door based on the amount of space in front of your shower—such as the space available for the shower door to swing open without hitting the vanity, cabinetry, toilet, or other doors and walls in the bathroom.

If you’re looking to remodel, update, or build your dream bathroom, look no further than Murray Glass for solutions. We specialize in installing shower doors, mirrors, frosted glass windows, dividing walls, and more. Come see what we can do for your home. We serve Salt Lake, Tooele, Summit, Utah, and Weber counties in Utah. 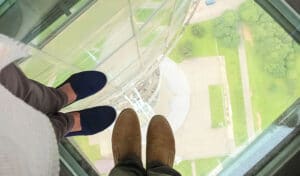 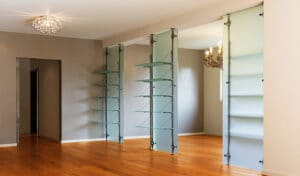